Why I Work on Policing 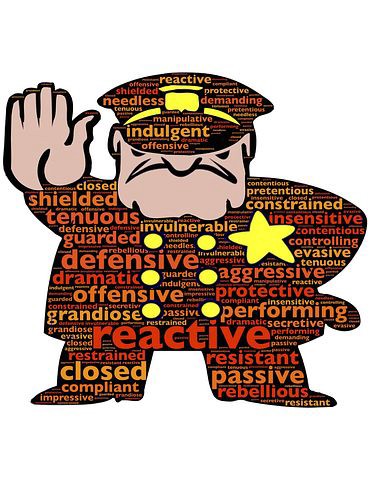 If you had told me ten years ago that I would be working with police, I would have laughed in your face. I was continually cycling between jail and probation and wanted to stay as far away from police as possible. In 2011, I landed a dream job working with street-based youth and young adults, sex workers, and survivors of exploitation. I worked with VICE agents, members of the FBI Innocence Lost Taskforce, and front-line officers to support clients as well as coalition efforts to address violence and severe forms of exploitation. I remember how delicately my supervisor explained the important balance of forming relationships with police while attempting to hold them accountable and organizing to reduce their power.

Once, a VICE officer who should have been a social worker referred a client to the program. He provided her with protection and housing while investigating her trafficking situation. But when her trauma interfered with the investigation, she became an “non-compliant victim” and he had to kick her to the curb without any safety or support mechanisms. I have many stories like this.

I became convinced that the first step towards advancing human rights for street-based folks and survivors of violence was policy change focused on dismantling penalties for quality of life “offenses” and removing public health issues from criminal justice purview. I still believe that decriminalization of victimless crimes and instituting well-resourced transformative justice approaches to other types of crimes are key elements in preventing and responding to interpersonal and community issues. But, these approaches cannot be separated from reducing and reforming policing. In fact, reducing police presence and transforming police culture, rather than reducing incarceration or increasing access to services, should be the primary criminal justice reform focal point. Here’s why:

- Police kill people, often people of color and people experiencing poverty, and get away with it. In 2017, police shot and killed over 1,125 people. Decarceration efforts are pointless for people who are dead.

- In recent years, traditionally conservative states have been able to legalize syringe access programs due, in large part, to the support of law enforcement. North Carolina’s syringe access bill passed on the back of a bill that blocks police body camera footage from release in public investigation. So people who use drugs are better protected from hepatitis C, but less protected from police violence.

- Over the past decade, different types of diversion programs have shown efficacy in reducing incarceration and increasing access to services. However, evaluation metrics have not thoroughly reviewed the relationship between these programs and police presence in a community. When police are used as a means by which to connect people to services, police presence in certain communities can increase rather than decrease.

- A mentor of mine often says that passing a law is hard, but implementation is 90% of the battle. This was clear to me as I traveled Peru this past Fall. Possession of certain amounts of drugs is legal under Peruvian law. The quantity allowances are low and possession of two or more drugs at the same time is criminalized, but one might expect low numbers of drug arrests under the codification of partial decriminalization. Wrong. The few drug policy reform and harm reduction efforts in Peru are greatly under-resourced. Very little work has been done to educate police about these laws, and many folks are wrongly arrested or won’t be connected to legal representation. Street-based people and darker skinner Peruvians are frequently arrested and incarcerated for drug charges. Sometimes, police even fabricate drug charges. Sixty percent of incarcerated Peruvians are serving time for simple drug possession. Policy change without police culture change is insufficient.

This is why I work on policing today. Alongside pushing for the divestment of funding from law enforcement and the reinvestment of these funds in resources, social service provision and harm reduction programming, efforts can be made to engage law enforcement leadership on innovative community-based approaches to violence, substance misuse, and crime. These relationships can lead to instituting education for front-line officers on best practices and trauma-informed approaches. Accountability mechanisms can be built so individual incidents of police misconduct can be effectively reported, and taken seriously.

These strategies to improve police conduct and reduce police presence are indeed surface-level. We need to be intentional about how we move forward from police buy-in for harm reduction and social service provision towards the dismantling of police supervision over human survival. Transitional and transformational approaches are needed, and people who are working on incremental change to reduce incarceration today need to work in tandem with folks entirely outside of the system to build the future that we want to see tomorrow, and vice versa.

I also work on policing because I can. I am no longer under state control, and I am passing in every sense of the word. I know how to code switch and have gained a certain amount of entry and status that help me feel safe while doing this work. I have a lot of privilege that I in turn use to do this work that not everybody can do right now, even if they want to. It is all incredibly important work. Thank you to all the people who work tirelessly on prison reform and abolition, policy change, protests, direct service provision, and leadership development, in addition to policing and other administrative reform. Our combined energies will reshape justice in the United States of America.