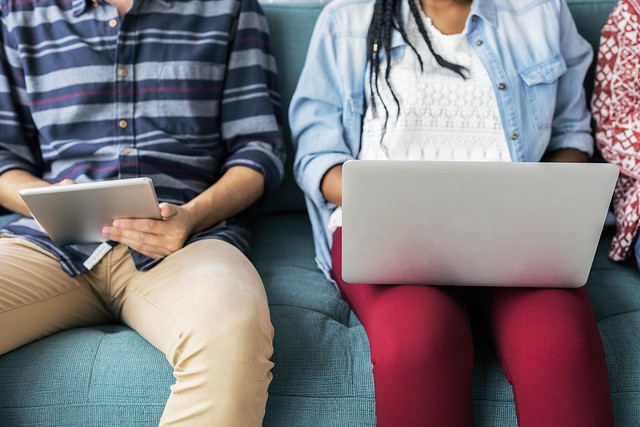 In the wake of revelations about the open secrets of Hollywood sexual abuse, #metoo and the continued crisis of assault on campus, conversations are more present than ever in the mainstream about what safety looks like for women, and the pervasiveness about sexual assault. As we are revisiting and hopefully changing this culture, the area of internet safety for young women remains woefully antiquated, more frequently reminding women that it’s their bad choices that lead to sexual violation.

We are finally acknowledging that it is not the individual story about one person assaulting another in a dark alley, but a culture which operates with the consent of perpetrators and quiet bystanders who look on and accept that this is how the world functions.

Rape culture is not just about assault, it is about the zeitgeist that says that while we know this happens, we accept this as a tenant of the world we live in: Men will be men and women are to blame for their own abuse.

Culture change is the work of developing new norms and expectations, and the internet is often at the forefront of those changes. Different actors are asking how to police the wild west when the it evolves faster than our understanding. How do we protect ourselves, and teach others what the expectation of safety is while institutions have never faced a landscape which changes at a breakneck pace.

In efforts to teach young people what safety means in this world, often the default has simply been to go back to the tactics that have always been the tenants of these lessons: weaponizing morality and telling women that when they are victimized, it’s their fault.

In this video, created by the National Center for Missing and Exploited Youth and hosted by a task force for the Internet Crimes Against Children, federal program, a teen’s photo is distributed by class mates who pass it around and equally judge and delight in the photo. At the end, a much older man snarls slightly and takes his own copy of the picture. As the young woman tries to pull it down, she eventually gives up and accepts that the photo is out in the world to be consumed. But it’s the voice at the end that gives us the moral of the story: “Remember,” the woman says, “think before you post.”

It is no wonder than in an age where sexual violation is rampant, the same questions emerge over and over about why women do not report. As videos like this show, sexual victimization against young women is not a crime of power but a punishment for bad behavior. If she had thought before she posted a picture of herself, this would have never happened. She is to blame and it’s her behavior which needs to be addressed.

In other government-supported programs, such as Internet Safety 101, a program developed in coordination with the Department of Justice and promoted on the website of the Internet Crimes against Children Task Force Program, include an entire section on the dangers of pornography, noting that “One of the biggest threats to our children’s safety online is pornography, which has become increasingly acceptable and accessible.”

Internet safety is an important conversation, especially for parents and adults who provide access to those mediums. Too often, rational fears about safety are highjacked by moralizing conversations on sexuality which ultimately hinder an effective conversation on what safety is and how to be safer online.

There are promising changes happening as well. Teaching everyone to frequently change passwords, protect private data and be thoughtful about what is posted are the tip of the iceberg for what safety means online. ICAC has begun to include more information about cyberbullying and the impact of online harassment, which have severe and detrimental effects on internet culture.

Shaming people, especially young women, is not about making the internet safer, but about making people more scared to access it. In these twenty-first century updates to the “abstinence only” model, the same themes of judgment and harassment are perpetuated, not undermined. It should be no surprise, then, to watch as stories of pervasive sexual victimization are coupled with stories of fear of reporting, and then of continued victim-blaming.

As internet safety is increasingly required to be taught in schools, thoughtful messaging which provides useful and practical information and prompts conversations with young people about their online presence is direly needed. A continued reliance on fear of posting a picture or sending a racy text do less and less to deter the behavior and increase the inability to come forward or even feel justified in being traumatized by victimization.

These iterations are neither new nor helpful, and contribute to the idea that boys will be boys, predators will get you, and the only thing to do is hide and feel ashamed.

These conversations are not new or novel. When we talk about the internet, focusing on the violation, on the behaviors in need of change, is the place to start. Instead of critiquing someone for taking a naked picture, critique those who share it without consent. While it may feel removed, it is a violation of a persons’ boundaries and consent to distribute their personal pictures. Online bullying, shaming a persons’ sexuality and violating their consent are ways in which people choose to contribute to rape culture, and should be where we begin our conversations on accountability, and looks to create a new norm: one of actual safety instead of fear.