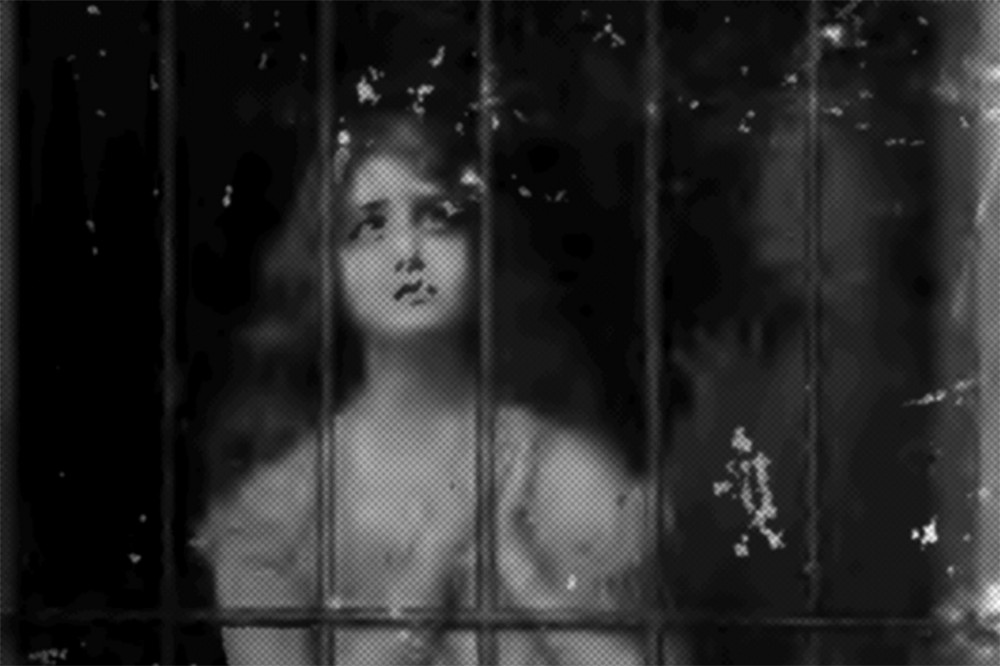 Often, conversations on “End Demand”, the increased policing and criminalization of purchasers of sexual services, begins when we talk about the “Nordic Model.” In 1999 Sweden made a move to criminalize the purchasing of sexual services, known as the Swedish Sex Purchase Act. A number of countries have adopted various forms of the model, including Iceland and Norway, and more recently Canada and France. While the laws are always passed saying it’s about protecting sex workers, the results have been consistent: consistent or increased police harassment, reduction in negotiating power, and increased vulnerability.

But the roots of pushing for increased shaming and criminalization of clients of the sex trade goes back over a century before any of these End Demand laws were passed. Hand in hand with the rise of “white slavery” (which has evolved into the modern trafficking narrative) was a push to stigmatize clients of the sex trade. Josephine Butler, one of the most prominent 19th century anti-sex work crusaders, wrote in 1896, “Something must be done, and that ‘something’ is that men must learn to live virtuously.”

Men’s desire was also cited as fueling the sex trade, especially in a way that fostered kidnapping and force. In 1875 one crusader wrote “ Licensed brothels are not solely supplied from the class of women who voluntarily give themselves up to debauchery. These would not suffice. It is necessary to fill up deficiencies” — sound familiar?

The narratives of the “white slave trade,” where third parties would kidnap innocent girls to serve the unceasing sexual desires of men, also prominently featured race, and weaponized the idea of cross-racial mixing. A core of the story for why prostitution was harmful was that white women were in danger of having sex with men of color, and entangled with that is the fear that white men would be lured by the over-sexualized view of women of color.

The narrative of “white slavery” is an origin story for our current narratives of trafficking into the sex trade. At its core has always been the story of protecting the purity of white femininity. Despite being a story that originated over a hundred years ago, it has seen little evolution. (Spoiler alert) Whether it was Traffic in Souls (1913), about a young Swedish girl kidnapped by a thoughtless third party who forces her to trade sex before he is a murdered and she is rescued by her sister’s boyfriend, or Taken (2008), where a young girl kidnapped by Albanian traffickers and forced to trade sex before the Albanian men are murdered and she is rescued by her father, or The Whistleblower (2013), where young women are sold into a Bosnian trafficking ring, which is discovered by an English woman who outs them to a sympathetic government — the details haven’t changed much.

A core component of all of these stories is one of purity and innocence, and an inextricable story of whiteness. Traffic in Souls was about recent Swedish immigrants, Taken was about a white American 17 year old, the Whistleblower is about a Ukrainian woman. The exchange of sex by white women was not just a passing coincidence but a core catalyst for why people should care about abolishing the sex trade. Butler wrote that in conversation with writer Victor Hugo, he described it by saying, “[t]he slavery of black women, is abolished in America, but the slavery of white women continues in Europe.” This not only ignored the experience of Black women who participated in a sexual economy, but completely erased the sexual violence endured by Black women under chattel slavery.

And not everyone who traded sex was afforded this idea of victimhood. The narrative of who can be victimized by sexual violence is a story of race and class in and of itself. At the same time that white femininity + sex work = innocent victim of trafficking and sexual violence, that was not the full spectrum of people who traded sex. Women of color and women experiencing poverty were excluded from that narrative, and viewed as immoral and depraved. In cases of sexual violence, women engaged in sex work were, and often still are, seen as contributors to their victimization.

The role of whiteness in the victims of white slavery had to be juxtaposed against the race of clients and third parties. In the early years, the description of these immoral clients reflected the increased immigration of Asian and Eastern/Southern European men to access jobs created by industrialization on the East Coast and the rail system from the West Coast. As described by Clifford Roe in The Great War on White Slavery, “[e]ach day it is filled with the garlic and tube-rose of the Italians; the mysterious opium scent of the Chinaman.”

These racial dynamics were employed to create fear — white women are tricked into exchanging sex, and to make things worse, men of color are their clients. And as the story has evolved, it has continued to employ tropes of race to elicit either sympathy or anger. Images used by the DHS’s Blue Campaign often touch on race and innocence and have been criticized for the practice.

And while the last hundred years have started shifting the way race is utilized in some spaces, weaponizing the fear of cross-racial mixing remains an undercurrent in End Demand/Nordic Model pushes. In an article by Swanee Hunt, the primary funder of Demand Abolition, a group focused on increasing policing of the sex trade through policing of buyers, she described all sex work the same: “Let’s see this crisis for what it is: gender-based violence. The notion that someone in power (almost always a white male) has the right to buy another person’s body (usually females of color) is perverse entitlement.” Even a century later, the crossing of racial barriers is deployed purposefully, heightening the harm that sex work enables.

But groups like Demand Abolition never talk about the racial dynamics of what communities and bodies are policed by increasing criminalization, only a horror at white men having sexual access to women of color.

The disparities in policing of communities and bodies is a racial one, especially when it comes to who is impacted by space-focused policing, such as stings. John stings generally do not come with a critical analysis of the racial breakdown of clients. And when we look at John schools, which cost hundreds to attend, resulting in who gets their charges dismissed and who carries a longer police record, the racial and class disparities are stark. But that’s an aside to what the End Demand argument criticizes. End Demand policing and policies do not upend racial disparities in policing or access to resources, but instead locate the real harm to society in racial impurity, and the harm to girls (cause that’s who this is about) in the bodies of men of color, be they buyers of services or acting as third parties, and then utilize a criminal legal system which upholds racial inequity and white supremacy to achieve these ends. These policies aren’t premised on racial equity, they’re hindered by it.