“I’m Not Her”: Sex Trafficking Tropes in HTGAWM and Our Responsibility to Know More 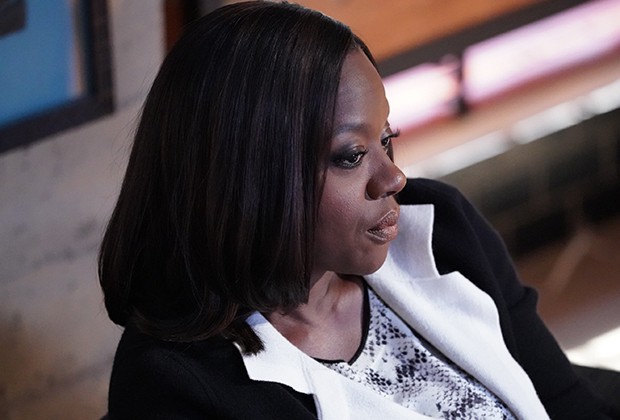 On last week’s How to Get Away with Murder, the story of Jasmine gave a more nuanced story of sex work and trafficking than we often see on television. Her story begged questions about how the criminal legal system is often based on who is viewed as a victim and who is viewed as a criminal. While it handles a very specific sex trafficking narrative with care and grace, it still relies on harmful tropes of what constitutes a victim and why people trade sex. This episode is one narrative — not the only narrative — for communities impacted, exploited, and surviving in the sex trade.

Recognizing the limits of this singular narrative is key to actualizing systemic change for sex workers and trafficking victims alike. It’s time to say “yes, and”: yes, to understanding the violence of trafficking, particularly in communities of color — and to contextualizing the realities of criminalization of the sex trade within a broader framework of labor, human rights, racism, sexism, and harm reduction.

YES, black women and girls trading sex are more likely to be seen as criminals than survivors, meaning even at 13 no one would expect that she was being forced by a family member to trade sex. Racialized ideas of who deserves punishment versus who can be “rehabilitated” influence decisions in the juvenile justice system, schools and other institutions.

AND, no one should have to look like a “perfect victim” to get competent services, or to avoid punishment for basic survival. Compounded by system involvement, drug use and histories of poverty, the idea of what a victim looks like is often in direct opposition to the reality of who is most likely to be victimized. But for most young people, Jasmine’s story is an exception for trafficking and sex work. Most young people who begin trading sex are introduced by peer networks, not forced by an exploiter. HTGAWM also fell into another common trope to describe Jasmine as a victim deserving mercy — that trading sex is a result of sexual trauma. Even for young people, the number one reason cited for trading sex is a lack of resources. Most young people are not forced to trade sex by an exploiter but by the lack of a meaningful social safety net. Not being exploited through force does not make a person trying to survive less deserving of support instead of punitive measures.

YES, young people who trade sex are traumatized and made more vulnerable by criminalization. The arrest and imprisonment of minors in the sex trade is widely seen as a systemic failure. As a result, many states have instituted “Safe Harbor Laws” and Vacatur Statutes, with the intention of diverting youth from the criminal justice system into alternatives. Anti-trafficking organizations like Rights4Girls campaign on the tagline: “”No Such Thing as a Child Prostitute,” hoping to reframe the conversation towards offering options other than incarceration and stigmatization.

AND, the remedies for trafficking survivors and those vulnerable to exploitation remain paltry. Even in states which have safe harbor laws, many simply re-shuffle young people back into the child welfare system. While a growing number of studies show that young people trading sex are frequently escaping the foster care system, forcing young people back into this same “alternative” is only a different form of incarceration. And while laws which vacate pieces of a survivor’s record are being passed, most are frustratingly limited and do not address the trauma of being policed, criminalized and arrested.

YES, perhaps the most powerful point the writers of HTGAWM drove home in the episode is the cyclical nature of incarceration for Black women, as well as many others who experience imprisonment. Jasmine’s monologue when she confronts Annalise on the realities of her situation is devastating, partially because it is so obvious: that jailing people for committing survival crimes is foolish and dangerous. Annalise expresses her doubt that Jasmine will even “stay off the streets” for a full day, placing Jasmine firmly in a narrative of crime and violence.

AND, survival crimes shouldn’t be crimes in the first place. Involvement in the criminal justice system does not address the structural marginalization of poverty and racism which pushes people into survival economies. Being arrested for solicitation means that people are additionally burdened with a record, court fines and fees and the stigma of having traded sex — making full, living wage employment even further out of reach. Criminalizing survival mechanisms like sex work criminalizes survival.

YES, Addressing the racism and exploitation of Black girls, Indigenous girls, and girls of color looks partially like it does on last week’s episode of HTGAWM. It looks like taking sexual violence seriously. It looks like sealing, expunging and vacating arrest records of people impacted by the sex trade. It looks like expanding conversations around poverty and policing. It looks like uplifting survivor agency over deifying savior pity.

Kate D’Adamo (@KateDAdamo) and Sasanka Jinadasa (@lankanfeminist) are advocates, educators, and writers at Reframe Health and Justice, a collective of individual consultants invested in addressing and transforming the current sociopolitical systems that contribute to poor public health, incarceration, and social inequity. Their work can be found at www.reframehealthandjustice.com.